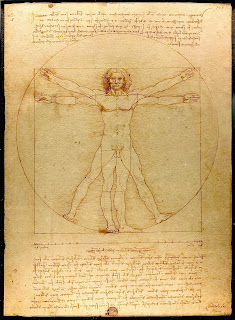 It helps pass the time when you're running through some lame-ass suburban neighborhoods. This post is going to be a little bit "out there" so bear with me. Think of it as a thought experiment.

One of the classes I took in engineering school was about computers, their organization, and design. I believe it was called Computer Architecture. It was one of the most interesting classes I took becuase I really enjoy understanding how things work. And being a computer engineer, you can imagine this was pretty exciting to me.

At the heart of the computer is the CPU which performs arithmetic logic and communication tasks. You have RAM and hard drive storage which are two different types but essentially similar way of storing (caching) information that the CPU uses. Then you have all sorts of other subsystems (which are typically discrete and separate systems) such as the graphics card which works hard to generate data to display on your monitor. There is the sound card which performs tasks such as getting input from a microphone and outputting sound to speakers.

Now getting back to my main point, I was thinking about how similar this is to a human being's organization, if you will. I know this type of connection has been made before so I'm not going to claim that I came up with this novel idea.

The power supply is the equivalent of the heart, transforming one input (electricity) into power for the rest of the system. The CPU and storage would be equivalent to the brain. Your eyes are the most advanced graphics card ever created! I can't imagine the day when our digital cameras or TV's years from now approach the resolution of what we see out our eyes. And I could go on.

But what struck me most was what happens when you "boot up" a computer. You give it some juice and it boots up into Microsoft Windows or whatever OS you prefer. You tell it what to do, and for the most part it gets it done. Send a few emails, watch YouTube, then you shut it down. But wait, what happens to the computer when you shut it down? For the most part it just sits there lifeless and retaining no prior memory other than what was last saved in it's long-term memory.

I can see a view of humans as essentially "chemical computers" where we are the exactly the same from a high-level as the computer you're using to read this. The main difference is of what the computer composed. In our case, organic cells.

When we experience love, pain, and happiness, are they true feelings that we have or are they just a series of chemical interactions within our body that take inputs and produce outputs? Your skin is one of the largest organs your body has. When I touch a hot stove, my the nerves in my skin transmit that information back to my brain which then sends a signal (involuntarily to me) to withdraw my hand from whatever it is touching. You could abstract many interactions that we have to an input, processing, and output flow.

Then there's another issue this brings up. When enough of our body fails that we die, do we go to heaven or an afterlife or do we just stop processing things much like a computer does? Then our body goes back to the earth ready to be used as resources for the rest of the world to use eventually.

So if you've made it this far, congrats. I apologize for the wandering style of this post. At this point I'm too tired to think of anything else today. If you have any thought that agree or disagree with this, I'd love to hear them. I'll post any particularly interesting responses later!
computers humanism 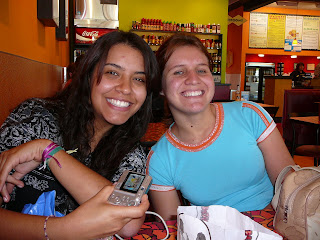